The 10 Commandments of Time

The 10 Commandments of Time

In physics, motion is a movement in which an object changes its position over time. Motion is mathematically described in terms of displacement or distance per time. The existing definition of time does not address what is the fundamental nature of time.

It does not address why events can happen forward and backwards in space, but events only happen in the forward motion of time.

The relationship between space and time led physicists to define the spacetime continuum as having 3-spatial directions and time as a reference of when an event happened. This space-time is a description of events happening in a location at a specific time but it’s not a perfect description.

It’s easier to see flaws in something than it is to see new ideas.

Beware, read these 10 laws slowly or you will misunderstand what they mean. The idea of time has never been fundamentally described by science. Here are 10 laws that time must obey.

You Don’t need Time to have Motion

When you look at the clock this is a type of personal time. You feel that you don’t have time to go to the gym. You feel that you can relax and not move. But your heart keeps pumping blood and you keep breathing. Time is a measurement of your beating heart, the motion is the action. Motion never stops.

You need Motion to have Time

The universe must have the power of motion that moves not only matter and energy but thoughts and dreams. This movement exists before it can be measured. A clock is used to measure that motion and the measurement is called time.

You can see Motion but you can’t see Time

This seems like a simple idea. We can see physical things like our hands and when we move our hands we see the motion, but not the time. We could measure how fast we are moving our hands by using a clock and then call it an amount of time. Time is a measurement of motion but the measurement is not the motion.

You can Touch Objects but you can’t Touch Time

Sure we can touch physical things. We can touch our smartphone and we can see the reading of time but we can’t touch time. We touch a number that displays the measurement of motion. This measurement isn’t the motion of time, it’s a measurement.

Time and Motion are related because you can’t have time without motion (atoms are always moving and so is light). But we don’t know what is causing the motion.

We measure the motion using tools that use motion. The standard time of one second is defined by the rate of motion in a Cesium-133 atom.

When 9,192,631,770 oscillations of the atom are counted by an atomic clock it’s the duration of one second. So you can see that time is a measurement of motion.

And the speed of light is used to measure the time to travel to faraway places using light-years.

It’s a circular system and it shows how motion uses time and time uses motion. Time is a man-made motion measuring system based on our day that has 86,400 seconds.

Time is a measurement of motion and on earth, we use the motion of a cesium-133 atom to measure motion.

We can measure our age using a clock and calendar to count the years we have lived. But this is only a measurement of our age and not the cause of our biological age.

We get older because of unseen things that affect us. The biggest thing is stress, caused by physical and emotional reasons, illness and injury. Our age is a measurement of motion.

Time is Ruled by Gravity

During the Big Bang event, energy entered the universe with kinetic motion. After the energy changed into matter gravity became the energy of motion.

The motion of the cesium-133 atom happens because of the frequency between quarks and gluons using the strong nuclear force during quantum fluctuations that I call quantum gravity.

We measure this frequency and call it time but the problem with this method is that an external force of gravity will change the frequency in atoms.

A cesium atomic clock will change its rate of timekeeping if the environmental gravity changes. This effect has been experimentally and mathematically verified.

The change to the clock’s time is called gravitational time dilation. But I have never heard of someone claiming that it’s caused by gravity slowing down quantum fluctuations. Am I the first?

Now that we know gravity causes time to slow down we must be aware that the standard time on Earth of one second has time-dilation built into our second.

The gravitational force on Earth is keeping the frequency of a cesium atom at 9,192,631,770 oscillations per second. The clock will only be accurate if it remains in the same gravity.

Experiments have proved that if an identical clock is placed at a higher elevation it will tick faster than the reference clock at sea level. 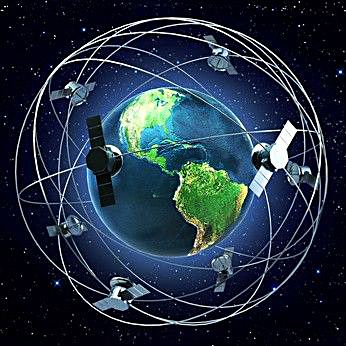 The GPS system proves that a satellite clock ticks 45 microseconds faster per day because of gravitational time dilation and 7 microseconds slower due to the force of acceleration.

Therefore, time is accurate only if the force of gravity remains the same as on Earth.

The Problem with Numbers

The problem with numbers is that they aren’t real. If numbers keep going on and on into infinity then at what point of infinity do the numbers stop? Never?

The problem with numbers is that they are only measurements of something and a measurement of a thing isn’t the thing. The map isn’t the territory.

We measure one second of motion using the same instrument (atomic clock) that measures the number of vibrations of an atom’s motion.

The only way to measure motion accurately is to use a photon clock that isn’t affected by gravity.

However, we don’t have a photon clock that works without using a standard Earth-second.

A pendulum works using the force of gravity and gives you a visible motion of time but it’s not accurate. I don’t know how to measure motion without using a clock.

If you keep taking away all the heat and the energy you have to take out all of the atoms, then what is left, nothing?

In mathematics, nothing is zero but in reality, nothing doesn’t exist. Nothing is an abstract amount of something.

If the universe disappears will there be nothing? Where did the energy go? It must have gone to the other side of nothingness which is infinity.

The universe came from that infinity and the universe goes back to infinity. Infinity is the only thing that exists infinitely.

The time in a realm of infinity is eternal.

Thanks for your time with me, please follow my vision here.

Send me your suggestions to eriklovin@gmail.com

This page lives at https://lovinthings.com/

Living By The Numbers