First of all, I hope everyone you know is safe and not infected by the coronavirus. The world as we know it has changed overnight. We have seen Zombie Movies for too long and now it seems that it’s coming real in some sense, except even the zombies are dying. How has the COVID-19 pandemic changed the world and the way you think? 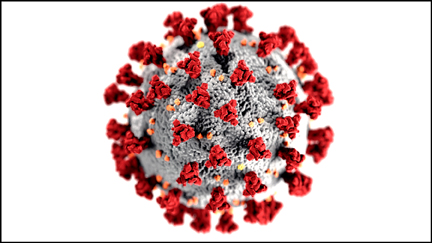 I have always said the only constant in the universe is change. Most of the time change is for the better and we shouldn’t fear change.

The media is promoting news as fear but maybe it’s time to be afraid of this awful virus that has spread like wildfire.

What are the things that fear brings that could be helpful to our health and safety?

Fear moves like the Law of Attraction so be careful of how you think. Let me explain…

The universe uses the law of attraction like the energy of gravity.

Your thoughts are like things and a negative thought is the same as a positive thought and it’s attracted to you.

For example, there is no negative-gravity or negative-mass, to the universe, it’s just energy.

The universe doesn’t know the difference from a negative or positive energy so it attracts the energy you are thinking.

If you want to be healthy ask the universe for health. I have a free book on my website to teach you how to think (no email required). 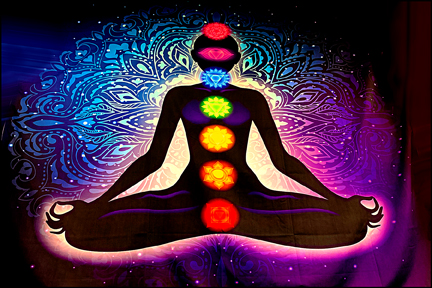 Being in isolation is similar to meditating. If you don’t use meditation now is a good time to start.

The power of connecting to the unseen force that moves the universe is a wonderful feeling of peace and harmony.

The immediate benefits are less stress and an hour of meditation is like 2 or 3 hours of sleep.

Use this alone time to connect to the energy that provides for our health and growth.

Many people have been asking about time travel lately. How would it help us if it was possible?

You might think about going to Wuhan China to prevent the coronavirus from starting or you might have a love interest that is more important to you?

The possibilities are endless if time travel was possible…

Time is an Abstract and Doesn’t Exist

Lately, I have thought about time a lot, you could say I spent a lot of time thinking about time.

How can anyone say time doesn’t exist? I mean we don’t understand time…

Time, as we use it, is only a measurement that an instrument such as a clock gives us.

We look at the clock to tell us how long it takes to do something or to see how long before you must eat or go to sleep.

We use clocks to keep things in order and on time (pun intended).

But what exactly is the clock measuring? The clock translates the speed of rotation of our planet into 24 hours and we count the minutes as steps for our daily routine.

How real is that to you or to other people in other towns or countries. Everyone has a different time and a different routine and it feels real to you and me.

Does 8:00 am mean the same to everyone? Each of the 24 time zones on Earth experiences 24 different times so how real is time?

If clocks measure time then what is time? Consider that time measures motion and this motion is the reality of time.

Time is only a measurement of motion and it doesn’t exist on its own. What causes motion is beyond our abilities to know all we can do is look at the clock ticking.

You might be thinking that Einstein was way better at understanding time than yours truly?

But it seems that Einstein and even I thought that time is real and that the time on the clock determines our aging.

I am making the claim that Time Dilation according to Einstein is false.

Proof that the Measure of Time is often False

Time dilation seems to exist because atomic clocks show that a clock in the mountain runs slower than a clock at sea level where gravity is stronger.

The media claims that your head is younger than your feet or that the Earth is 2.5 years younger in its core than on the surface.

These kinds of claims are ridiculous and make no sense but that’s what Einstein’s theory predicts.

I will show you a thought experiment that proves time dilation exists only as the time shown on a clock.

Then I will explain why the clocks are showing a false time. 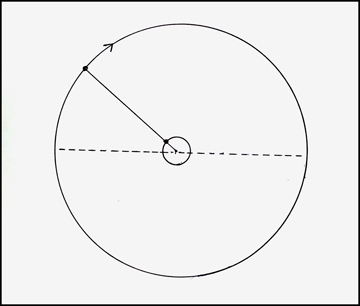 A spaceship rotates around a central axis connected by a

A cable that has a clock station near the center point.

Proof That Einstein Was Wrong

Imagine there is a spaceship flying almost at the speed of light and it’s attached by a long cable to a central axis.

A short way up the cable is a clock station with an atomic clock synchronized to the spaceship’s atomic clock.

You can see the spaceship has traveled almost one light-year of distance while the clock on the cable has traveled a small fraction of that distance.

Now compare the measurement of the time on each atomic clock to complete one rotation.

Measurements will show that the spaceship clock reads about one month and the cable clock shows that it took about one year.

This difference in measurement is caused by time dilation because of the speed or acceleration that acts on the spaceship’s atomic clock’s internal atomic structure.

This proves that time dilation is only present on the measure of time using a clock but it doesn’t affect the amount of real-time motion.

In reality, both clocks took one year to make one revolution. After 10 years the spaceship captain returns home and he is the same age as his twin who was at the cable clock.

Einstein made the mistake of thinking that the measure of time is time itself.

Time is the measure of a clock’s time but that measurement doesn’t change the energy of motion. Both clocks still took one year to travel one rotation.

Why Does Time Dilation Happen

Einstein and thousands of scientists made the same mistake thinking that the measure of time changes time in the universe.

It was already an accepted fact that the speed of light is invariant and that every observer sees the same speed of light no matter what speed or direction they are traveling.

So then why does the clock show a false time when experiencing the acceleration of speed?

Einstein didn’t know about quarks that are inside atoms and all particles.

The force of acceleration is like gravity and it affects quarks during the strong nuclear force of gluons.

When a mass is near another mass they experience a mutual force of gravity between them.

But when a mass is moving it experiences acceleration which is a force like gravity.

This force acts upon the inner quark-gluon equilibrium (quantum gravity) causing the quantum actions (quantum chromodynamics, QCD) to slow down enough that a clock would slow down and show a false time.

This QCD also explains why a clock runs slower while resting in a strong field of gravity.

This is groundbreaking news showing that Einstein’s time dilation is a normal gravitational force that only changes the time on a clock but not to the reality of motion in the universe.

COVID-19 has changed the world and how we interact with each other.

Beware how you allow the Law of Attraction to act in your thoughts because a negative thought will manifest just as easily as a positive thought or prayer.

Start meditating daily to bring you energy and peace. Only allow your positive thoughts the power to manifest.

Try to understand that time is only a numerical number and that the real energy is the motion of energy.

Use the motion of energy wisely during this transition period. Learn new things, use your imagination, maybe start a new hobby.

Thank you for being here and as always be well.