The Truth about Space – what it’s made of

The Truth about Space and what it’s made of

What is the truth about space and is it nothingness or made of something? The reason I’m talking about nothing is that it’s a misunderstood concept. Can the universe exist in a space of nothingness? Maybe space is really something.

How do you visualize nothingness that existed before the universe?

Nothing doesn’t exist if you are talking about something. Mathematically the number zero (0) is nothing and it’s like an imaginary number such as infinity.

The zero is in no man’s land between positive and negative numbers. Kind of like a phase transition state of math between real and unreal numbers...

When you have nothing you cannot have an amount that is less than nothing. 0 + 0 = 0 (Beyond nothing there is nothing).

Likewise, we know there is nothing more infinite than infinity. Infinity is an unimaginable amount and it can’t be more infinite. 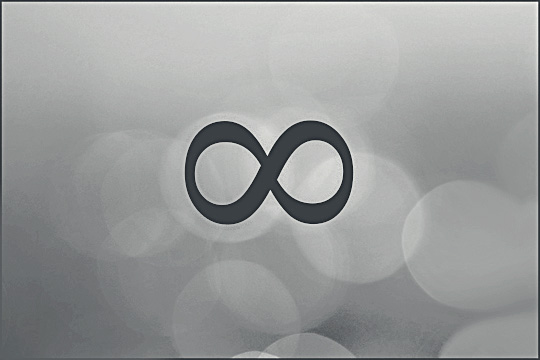 Infinity is the opposite of nothing but nothing is unreal and cannot exist.

The only infinite thing that can exist must be an all-powerful, all-knowing, eternal and infinite amount of energy. Namely the opposite of nothing.

I often hear questions such as, how did the universe come from nothing. This kind of thinking is totally wrong. Nothing is one of those words we misuse all the time.

Why is there something instead of Nothing

This is a question often asked and it implies that perhaps a God was responsible for creating the universe. Then the atheists ask what was there before God or who created God etc.

We already defined nothing as being an impossible state. We get it all wrong by thinking only about physical things.

Because we are in the physical universe we can’t imagine a state of nothing. Nothing is an abstract idea that doesn’t exist except in our physical brain.

If that sounds a bit crazy let’s look at it from the other side of the universe.

But first, there is a common truth that the physical universe consists of duality. That means there is an opposite thing or idea for anything you can think of.

For instance, good and bad, hot and cold, up and down, small and big, old and young, birth and death, hard and soft, love and fear (not hate), heaven and hell, light and no light, etc…

What is the opposite of nothing? If you say something then where is nothing? We have already seen that nothing is an impossibility.

Nothing is an abstract imaginary thing but it has the opposite in math which is infinity.

I don’t know how many times I have to say this, that an infinite amount or infinity of any kind does not exist in this physical finite universe.

However, nothing and infinity do exist as ideas in our minds. When we imagine these two opposites what happens?

We can sense that nothing and infinity exist somewhere but not in the physical universe.

Where did the Universe come from

Since we are living in the universe where duality exists and we know that nothing and infinity are opposites that don’t exist we must look somewhere else to find them.

Imagine a time more than13.8 billion years ago when the universe didn’t exist. We could say that there was nothing and thus no physical universe.

If there is nothing then nothing could happen and nothing exists, but we know that a universe will exist don’t we?

The truth is that infinity exists before the universe. This infinity is the One and the Only One. This One infinity can only exist if the state of nothing doesn’t exist.

You see in this nonphysical dimension dualities don’t exist. Infinity plus nothing equals infinity (infinity + 0 = infinity). All is One.

This oneness is infinite and there is nothing above or more infinite than this Infinity.

There are no turtles and nothing beyond this infinity. From this infinity, the universe was created. Bang goes nothing and here we are.

In order to understand the concept of nothing, we have uncovered the reason and cause why there is something instead of nothing.

Before the Big Bang infinity and nothing existed as One Source of everything.

The infinite Oneness of everything is often called God in religions. It is this infinity that must exist in order for us to exist.

This was sort of a mathematical way to prove why something exists as opposed to nothing.

I swear this is the truth and nothing but the truth-- so help me God. Is nothing sacred?

Nothing doesn’t exist, so space isn’t nothing, it must be something. The universe exists and expands in this space that was created during the Big bang.

If you get the meaning of this article you will know that religions call infinity God, in science, we call it energy.

Was this a lot of fuss about nothing? Did you find this to be nothing but the best or are you none the wiser? Hey, nothing ventured nothing gained. Thanks for nothing?

In your opinion was it good for nothing? Please stop at nothing to leave a comment, you have nothing to lose.

Cheers, thanks for being here and as always be well.