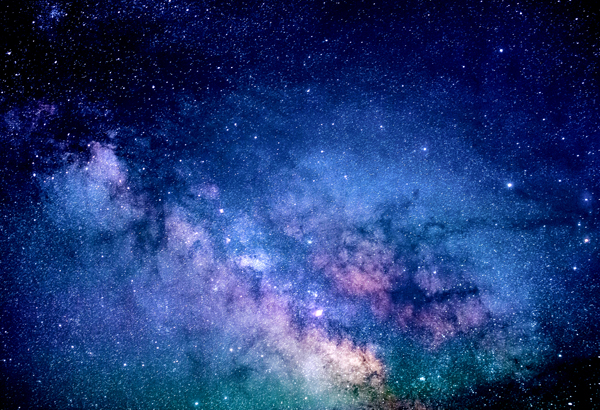 The Milky Way Galaxy seems enormous to us

I love Einstein’s saying about infinity. He said, “Two things are infinite. The universe and human stupidity and I’m not sure about the universe.” There’s a lot of humor and insight in that quote.

People often assume that the Universe is infinite and that nothing exists outside of the Universe. Is that stupidity talking without thinking?

Size of the Universe

If we talk about the size of the universe we say it’s infinite, it’s so large we can’t measure the size and it would take forever to reach the invisible horizon. Namely, we call the universe infinite and say that time and space is infinite. It seems that there are an infinite number of stars and they are so far away that it takes light billions of years to reach us from the stars that are visible to us. What about regions that are even farther away?

Mathematically the numbers are larger than we can imagine yet, calculus uses infinities in equations to mean that the numbers are too large to compute. The total value is an infinite amount.

Physicists however, don’t like infinities of any kind. It is assumed by physicists that no measurable quantity could have an infinite value.

For example, they say it’s impossible for any body to have infinite mass or infinite energy. Einstein said a particle can never travel at the speed of light because it would take an infinite amount of energy.

If you look at the Earth as a solid rock with a smooth surface and imagine an ant walking west at the equator. It would be an infinite distance for the ant before it gets back to where it started. Yet, the Earth is only a small planet in the vast universe.

By traveling in a straight line the ant returned to the start line. If the universe has a similar sphere shape could a particle of light travel around the universe back to its starting place?

How many people reading believe that infinities exist in the universe and how many of you believe like Einstein that infinities don’t exist? Are you a physicist or a cosmologist?

That information tells us that the Universe was born and that it’s evolving and growing bigger. Where there is a birth there’s a death and real infinities don’t exist.

A metaphysical person tries to understand how the Universe was made and where it came from. They are thinking outside of the box. Sure, they don’t have the measurements that the rest of the scientists have. But, they use the available data to support the context that there is something beyond the physical realms.

Does a Creator Exist

The Big bang created the Universe but what created the Big bang? Do you believe in a creator or that the universe was only a construct of some kind of physical phenomena?

The Universe doesn’t make any sense without a creator. However, that creator or creators are acting outside of the realm of infinity. Let me explain…

I believe in the power of our Source, the birthplace of consciousness, often called God. The reason I’m bringing up God is because the meaning of infinity describes God. This is not about any religion or belief that humans have.

God is omnipotent (all powerful), omnipresent (eternal), omniscient (all knowing). The Source has infinite power, everlasting life and infinite wisdom. There is nothing that is above this Source, no other gods, no other power and no other time.

The description of God is a remarkable and infinite thing. Yet the energy and power of infinity is kind of static, it just is. The Source needs a way to process and use infinite power in such a way that other souls can experience and evolve his consciousness.  No man and no god exists alone.

You and I are some of the other souls and we are here to learn, experience and evolve.

God is the only infinity that exists. That’s why the Universe has no infinities. The infinity that created this universe wouldn’t have the power or intent of creating another infinity.

Now you know what Infinity is and that the universe has only one infinity. However, you could say that we are part of the Oneness of everything. Being a part of infinity doesn’t make the Universe infinite.

If you found this and other articles on https://lovinthings interesting please subscribe to my blog at the bottom of this post and leave a comment.. As always, thanks for being here and be well.