Neutrinos were studied in Sudbury Ontario at the SNOlab, which is an acronym for the Sudbury Neutrino Laboratory. Why did Stephen Hawking visit the lab which is 2 kilometers underground in Creighton mine? This is still an operating copper nickel mine presently owned by Vale a company from Brazil. What were international scientists looking for? Let’s look at the story of physics, dark matter, Sudbury and Laurentian University. 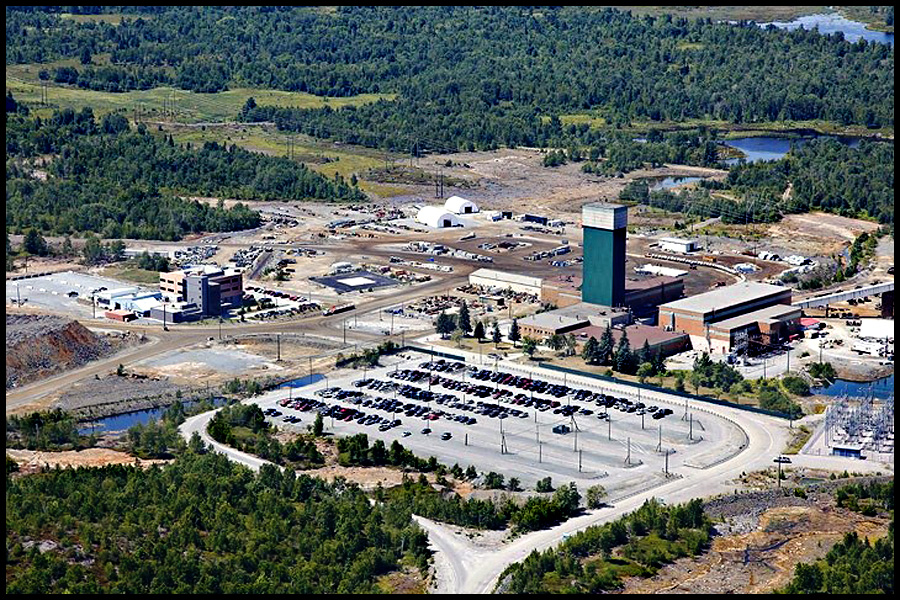 The SNOlab in Sudbury Ontario

The SNOlab was built in 2011 in order to study neutrinos. In 2012 Stephen Hawking came to visit the lab and I attended his lecture at Laurentian University. Hawking died at the age of 76 on March 14th 2018 and he said “Life would be tragic if it weren’t so funny”. 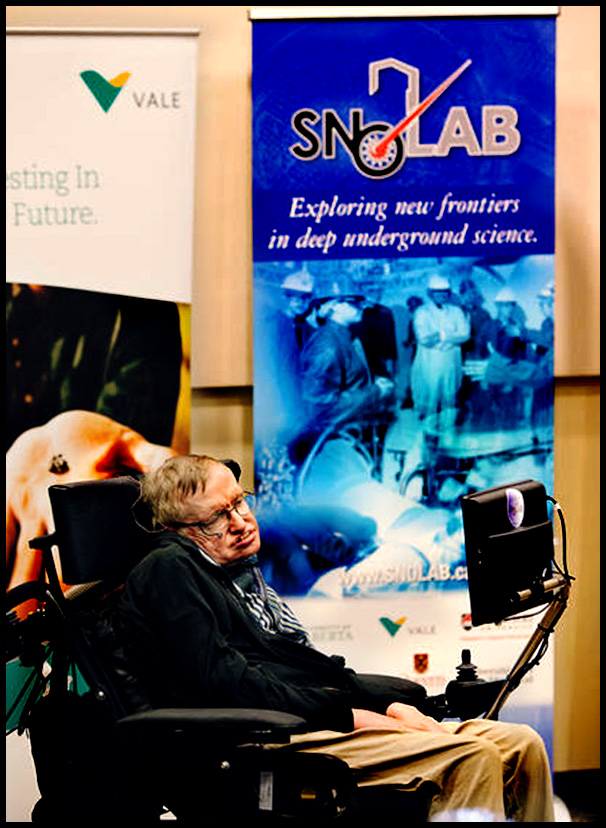 Professor Stephen Hawking at SNOlab in 2012 and at Laurentian University 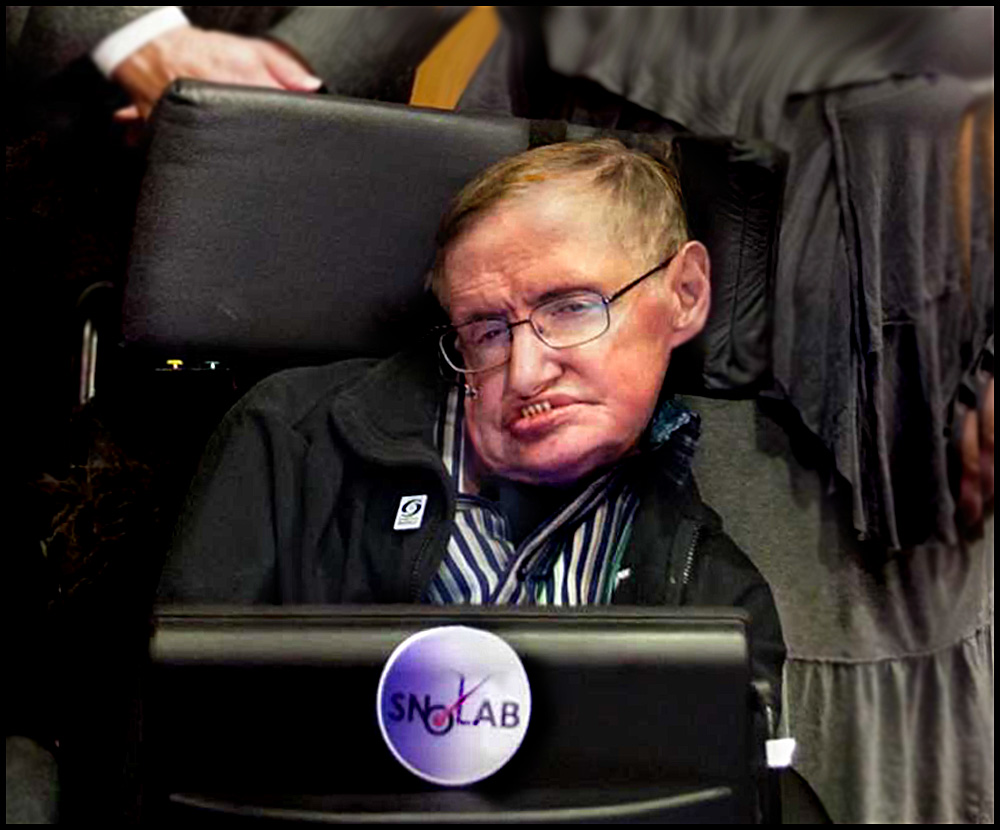 Neutrino research took place under the guidance of Art McDonald. The Nobel prize in physics was awarded to him and a Japanese scientist in 2015. They proved the missing neutrino puzzle and found that neutrinos have mass.

The question was, why is there a smaller amount of solar electron neutrinos on Earth than at the sun? It was found  that neutrinos come in 3 different flavors and oscillate between types. That was enough proof to show that they must have a small mass. 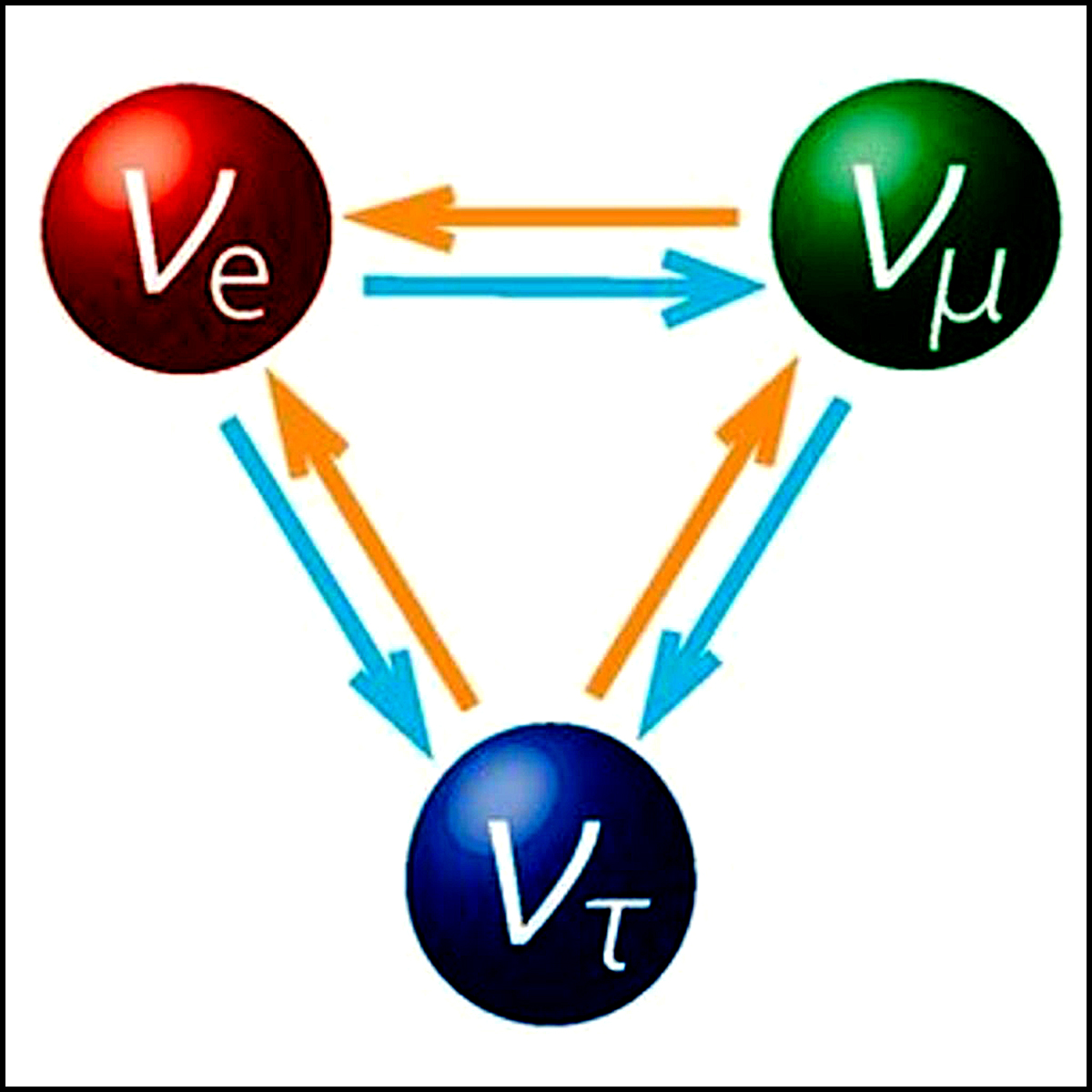 3 types of solar neutrinos oscillate between flavors. Could they be used as a fast  communication method?

After 2012 the SNOlab was used as a dark matter research lab. Many different projects started using neutrinos to hunt for the mysteries of dark matter..

Five experiments have completed and are no longer operating:

Solar neutrinos are traveling from the sun at the speed of light. It’s estimated that they pass through us at the rate of 65 billion per square centimeter per second. Yet they rarely interact with matter or anything else.

Neutrinos are important because they don’t react with other particles. This allows astronomers the ability to study the cosmic microwave background (CMB) radiation using neutrinos.  They are also using neutrinos to study the inside solar reactions of the sun.

I always try to imagine why some reactions of particles are important for mankind. Since neutrinos hardly react at all with matter what could that be useful for? Scientists are already making use of them as a tool of measurement.

But, why are neutrinos constantly oscillating between the 3 different flavors? Digital information can be communicated simply by 1’s and 0’s. This ability of neutrinos to be 3 different types seems like an intricate communication system!

Scientists have sent a message through 1000’s of meters of solid rock using neutrinos. Thus, proving that neutrinos can be used as a communication system.

This would be a way to send messages at light speed straight through the Earth. No more satellite communication time delay. Near instant messaging.

Metaphysics has discussed the idea that the life force that keeps everything alive comes from the sun using all the 12 frequencies of light. These 12 ‘Rays’ are made of 12 different colors that communicate consciousness to us.

The 12 rays are said to be the way that mankind receives energies to move into higher states of consciousness. Mankind is changing into a new species with a higher frequency and greater consciousness.

Importance for the Universe:

We must never overlook the fact that the Universe is a Creation. As part of creation there is a constant evolution. Nothing sits still and the only constant is change. This change is an evolutionary aspect of creation.

My belief is that the consciousness that created the Universe is here experiencing its creation. During this experience there is an evolution of that consciousness.

What if information is arriving and being sent back to source by using neutrinos. I think it’s possible that the lifeforce comes to Earth from the sun. Imagine 65 billion neutrinos passing through us every square centimeter per second. Wow! Even at night 24 hours per day!

Sudbury SNOlab is in a perfect situation for doing research on and about neutrinos.  That puts the SNOlab front and center when neutrino research moves into communication research. The next method of fast and reliable communication will involve using neutrinos.

Satellites could communicate straight through the Earth and the news from anywhere in the world would be instant.

The Sudbury SNOlab and Laurentian University could be the prime center for this research.

Hi, just required you to know I he added your site to my Google bookmarks due to your layout. But seriously, I believe your internet site has 1 in the freshest theme I??ve came across. It extremely helps make reading your blog significantly easier.

Hi thanks for your comment. Join my blog at https://lovinthings.com