Is time travel possible in 2020 or in the near future? Is time a physical quality and can we shrink and stretch time or is it invariant? You might be surprised to find the answer. 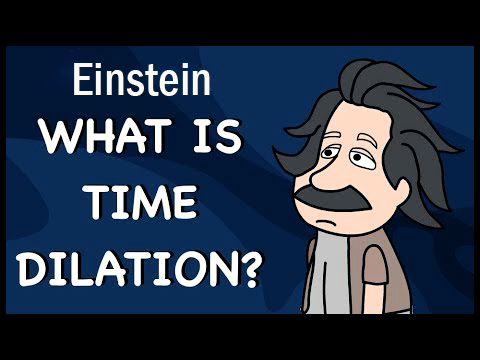 Does Einstein agree that time travel is possible?

I call time the energy of motion. Time is a nonphysical aspect of matter and time itself is the energy that allows motion.

Without time there isn’t anything going on, nothing is happening. A complete blackness with nothing.

The universe can’t come from anything without time.  Realize that time must have existed before the universe was born.

Because the speed of light is invariant the frequency of light changes so that it’s speed is always constant.

The speed of light is Not relative but constant for all observers.

Light always travels at 3 x 10^8 kilometers per second and time is attached to that invariant speed so it can’t change.

In order for energy to create the Big bang, time had to exist. The speed of light is always 3 x 10^8 kilometers per second even in water or glass.

Light only slows down when the photons hit an atom or molecule.

Then a new photon is released by the electrons in matter to travel at the speed of light until it hits another particle.

This time delay between bumping into things is what slows down the speed in matter.

They say time started at the Big bang and nothing is outside of that event.

Does that make any sense to you?

Time in the Universe

Matter can be altered by a force but time itself must be invariant for the laws of physics to work.

When you were born time started for you but time existed before your birth.

Earth’s time has been calculated from the time it takes to make one complete revolution of the planet and the time to travel around the sun.

Spiritual time is the era of time when the energy of God created spirits during the one time that God desired company.

Spirits are also eternal and connected to the energy of God.

They say only eternity is timeless. Eternity exists outside of time in a dimensionless realm where infinity lives.

In this infinity, there is an infinite amount of energy, power, and intelligence which is manifested as the attribute of God.

Powerful energy and timelessness is the description of the Source that we have named the supreme being.

Consider that God isn’t a being and that no other infinity can exist outside of this infinite power Source.

But imagine that God and infinity are one and the same and they existed before the Big bang and that they are eternal.

This brings us to the question of what is time dilation and how can that happen if time is invariant?

Einstein’s special relativity states that time slows down with speed or gravity and that time stops if a particle travels at light speed.

Since stopping time is out of the question that must mean that particles cannot travel at light speed.

But neutrinos are particles with mass and they travel at light speed (which Einstein didn’t know) than what’s wrong with Einstein’s theory?

Einstein didn’t know about the quantum structure of atoms. He didn’t have the knowledge that atoms are made of quarks and gluons.

I am suggesting that the force of gravity / the force of acceleration acts on the quantum structure of matter causing quantum changes in atoms.

The quark-gluon bonds in atoms are affected by the outside force of gravity and therefore clocks would run slower inside a gravitational force field.

I suspect that the source of gravity itself is due to the quantum reactions inside atoms of matter.

Therefore any external gravitational force on matter causes time dilation during the measurement of the clock’s time.

But this is only a change in the measure of time and not on time itself.

We witness this time dilation with the GPS satellites but time itself doesn’t change so we can say time is not relative, time is invariant.

If anything could be relative it would be space and length contraction during speeds close to the speed of light.

What this really means is that time travel is impossible since time is unchanging and invariant.

Sorry to spoil all the science fiction but you can keep imagining time travel because it’s fictional fun.

Time is the energy of motion so time must exist before anything can happen.

The speed of light is invariant and the same for all observers.

Infinity and God are the same thing.

Time dilation is caused by a force of gravity acting on the quantum gravity of atoms.

Einstein thought the time was a physical change but now we see it’s only a measured change on a clocks time. Time itself is unaffected.

I suppose many will still cling to the hope that time travel will work someday,

Go to my website and download a cool report on Black Holes and this mysterious dark energy. https://lovinthings.com