The Law of Attraction and Gravity Sucks

The Law of Attraction and Gravity Sucks

My parents had a difficult time during world war two.

Their home was destroyed twice and they were separated for many years.

Instead of attracting abundance the law of attraction was working in a negative way.

My father was fighting in the war and my mother with 2 kids was living in some shelter.

You can imagine that food was scarce and life was about staying alive.

There is no room for thoughts of abundance when the gravity of the situation sucks...

One thing that hasn’t changed since then is that many people are still starving in the world.

Fast forward to a good life in Canada. My father had a good job and we always had enough food to eat.

As a matter of fact, living in fear and lack during the war must have been hell.

The impact of that hell affected me in a minimal way but let me explain my feelings.

Often during a family meal if I didn’t like the food or maybe I wasn’t hungry I wouldn’t eat the entire meal.

My parents always used the fear/guilt card, that I should eat because many people in the world are starving.

They tried to put the guilt complex on me for having enough food to eat while others starve.

As a child, I didn’t know how to respond to my parent’s wishes except to try and eat more of my supper.

When I had children I never made them eat if they didn’t want to eat.

But here’s the thing, what good does it do for the starving people if I eat more or less?

That doesn’t make any sense. I kept thinking we should send all the leftovers to the hungry people.

Okay, that doesn’t make sense either but it’s the correct way of thinking if you send the value of food in dollars to hungry people.

In Canada and the USA, people are not starving today although many people are begging for money.

You see them downtown at many traffic stop lights holding up a sign to help them in some way.

Some of these people might be legitimately poor and in need of money.

But money isn’t food, is it? That money can buy them cigarettes, alcohol, and drugs while the food bank supplies their food.

I call this robbing to pay for addictions and you might question if you really want to support this type of begging.

Give a man a fish or teach him to fish, now they have learned to steal a fish instead.

There are some cases when a beggar has made hundreds of thousands of dollars and they have a Mercedes car in the garage.

This kind of attracting abundance seems to work for some but honestly what type of human does that?

Does the Law of Attraction suck? Does attracting abundance work? 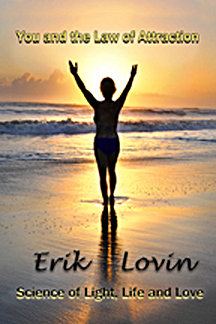 You and the law of Abundance should be your first step in your life’s goal.

The Law of Attraction

The law of attraction works for you or against you but it’s always working.

In some ways, the law of attraction is like gravity.

Would you like to know how to really make the law of attraction work for you?

I don’t mean standing on the street holding a sign but finally finding the instructions for an abundant life.

This is not some pie in the sky dream, this is about getting the secrets to the “Secret”.

But first, ask yourself why do you struggle with attracting abundance.

Who taught you how to think, how did you get your belief system?

Like me, you were taught by parents, teachers, peers, media and the church.

They taught us what to think but they didn’t teach us how to think.

As a child, I was taught to eat all my food because other people are starving but that doesn’t make any logical sense.

What I really mean is I know that gravity sucks but we are not to blame for having a poor belief system.

I think the real blame falls on the media showing us daily news that life is dangerous.

Don’t forget the role that religion has played with their stories of fear and lack that we are not good enough unless we do things a certain way etc.

The result of having a less than perfect way of thinking has made life difficult for many of us.

If you want to have an abundance of anything you should look at changing your old beliefs into new powerful beliefs.

In this sense, change is a good thing, even though we have learned that change can be negative.

Change is the only constant in the universe.

If you keep thinking the way you have been thinking then you will continue to get the same things you have now.

It this way you are unconsciously creating the same life you have over and over and any positive change would be difficult.

It seems that we must control our thoughts which includes the language of talking to others and more importantly to ourselves.

Part of changing a belief system involves using your own words in a different way and that process is called the How to Think method.

Understand that the law of attraction works by attraction and gravity doesn’t suck it attracts.

Consider that there is an invisible force of gravity attracting things in a scientific way.

We can’t see this attraction but we know it’s working and if you think about it there is a similar force acting within the law of attraction.

I will continue this topic by using science to explain how life works in the next article.

In the meantime go to my website and download my Free book Attracting Abundance using the How to Think method. I’m not going to give it away forever.

Thank you for being here and as always be well