Is time moving faster? Time doesn't move; things move. Time is what a clock shows. A clock's ticking moves, and the display of time moves.

But if you think that the days are moving faster, there's a reason why you feel that way. 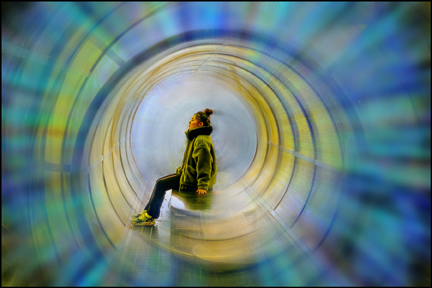 The Accelerating Motion in the Universe

The universe is expanding and accelerating its motion. Is “time” also accelerating (moving faster) during this motion?

Time is a measurement of the motion of Earth, and our solar system is part of this motion.

Does the time on Earth show that we are moving faster and experiencing a shorter day?

Measuring the movement doesn’t tell us what causes the motion. What makes the Earth move?

We measure motion with a clock, but we don't know what power moves things in the universe?

When these electrons emit photons, they will have more energy (frequency). The speed of light would not move faster, but light would have a faster frequency.

Earth has been picking up speed in the last few years, time seems to move faster, and the observable universe is accelerating faster.

Would a higher level of energy explain the faster motion in the universe? Can the frequency of things describe motion?

A New Idea of Time

Time is the measurement of motion, and motion can only change by force (Newton's First Law of Motion).

The display of time on a clock changes if the clock's mechanism encounters a physical force, such as a force of gravity or frequency.

A cesium-133 atomic clock will show time dilation by a force of gravity or frequency on the oscillations of quantum chromodynamics (QCD).

A force acts on the QCD of quarks, and the effect increases or decreases the time.

Two things happen, the mass of particles increases or decreases, and the frequency of matter changes.

These two things cause time dilation on physical clocks, whether mechanical or atomic.

My idea is that different energy levels in the universe have different frequencies, and frequencies can change a clock's time.

The electron levels around atoms will expand or contract with frequency changes. Suppose a cesium clock is at a higher frequency (energy level).

In that case, the oscillations of photons are emitted faster from the cesium atom, and the clock's counting will move faster and display a faster time.

If the frequency of matter is faster, would we know?

If the time moves faster when cesium is in a higher frequency, and the Earth moves faster by the same amount, we see the day's time and length as usual.

Your sense of time is the only way to feel that time is moving faster. Time remains the same but motion moves faster. Time is not the same as motion.

The motion of the cesium is always counted with the same frequency.

If the frequency of cesium-133 changes, the rate of time on a clock stays the same.

A mass at a higher frequency or energy level has more energy because of the stronger force of QCD. Time is affected by gravity or frequency, and the result is called time dilation.

If the frequency (energy) increases, motion is faster. But the speed of light is the same. Only the energy (frequency) increases.

If frequency increases, the motion of atoms increases. But the time on a clock remains at the same rate. Maybe you feel that the days are moving fast?

The RPM of a Motor

Things are not normal anymore. Is it possible that time is moving faster because of a faster frequency?

The Earth spins on its axis like a motor spins on its shaft. The motor's revolutions per minute (rpm) are directly proportional to the frequency.

If you increase the frequency, a motor will speed up to the Hz change.

The Earth is a dynamo as a motor. The solid iron core acts as the rotor in a motor, and the rotating core has the power to change the speed of Earth's rotation.

If the iron core moves faster, the Earth spins faster, and the days are shorter. But a clock measures the same number of minutes in a day.

Stop thinking of time as a force. The force is frequency.

So, if atoms move faster in a higher frequency and the Earth spins faster by the same amount, we see the day's time and length as normal.

Your sense of time is the only way to feel that time is moving faster.

Time is relative to the force of gravity and the frequency of quantum motion in the cesium atom.

Time is a measurement of motion, and a force of gravity or frequency affects the movement of matter.

A particle in a higher frequency or energy level has more mass because of the stronger force of QCD. Time is affected by this force, and it's called time dilation.

If Earth's frequency (energy) is faster, Earth spins faster. We feel that the days are moving faster. But how can the time on clocks remain at the same standard rate?

One Earth Year of Time

If Earth has a faster frequency, and its day is shorter, then a year will have more than 365 days.

We can't explain that time moves faster if the clocks show 24 hours each day and the year still has 365 days. But what if there's a way?

The motion of the Earth gives us the meaning of time. Time doesn't change motion. Time is a measurement of motion.

Clocks will still show the same 24 hours per day because clocks count the frequency of the atoms.

If the frequency of Earth is faster, it spins faster, and the clocks will tick faster but show the same 86,400 seconds each day.

Each second happens faster than our standard second, but the rotation speed is faster, so time is still 86,400 seconds per day.

Wouldn't we see strange things happening if the days were shorter?

The Sun would rotate faster on its axis, and the planets would orbit the sun faster. We won't be able to measure the difference because our time is equal to the motion of an atom.

The motion of the cesium atom doesn't change the time on clocks because the motion is counted using a specific number.

Time fools us into submission by its power over our minds. If motion is moving faster, then the only way that can occur is if the frequency of the entire galaxy is faster.

The time would look the same, but eventually, we would feel the faster motion and time.

We notice that the universe moves faster, so maybe we are moving faster.

Time has no power to make motion or frequency move faster. Time is used to measure the speed of motion.

But time cannot measure an increase in motion if the frequency of motion changes.

Because our second is counted with the same number of oscillations (frequency] of an atom, so the rate of time never changes.

We are stuck on a faster-moving planet, but we cannot know motion moves faster.

I think we should study the frequency of matter and listen to what Nikola Tesla said, "To understand the universe, think in terms of energy, frequency, and vibration."

Thank you for being here at https://lovinthinga.com/

Join my blog, take care, and see you next Monday.