How to get new Ideas

How to get New Ideas

People have asked how do I come up with new ideas and information concerning science.

Lately, I have been aware of something that seems out of my control. It seems that when I begin writing I get ideas and answers to my questions from somewhere else if you will.

If you are familiar with the book Conversations with God, Neile Donald Walsch calls it automatic writing. He asks a question and then proceeds to write an answer.

I feel that it’s something like that but I don’t hear God or anyone else talking to me like Neile Walsch did.

I do believe there is a connection to another mind or maybe my higher self sounds more plausible. If you have followed my blog then you know it’s not God.

I believe God is the source of all things but I also know there are other beings doing the work for God. God is like the energy source and has no other function except to monitor our progress. 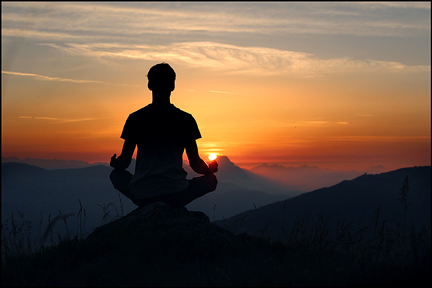 Meditate for body and soul connection to your higher self.

I often feel like I’m a failure at science because I pretty much failed at calculus in university. Mathematics was my weakness in being a scientist.

As a matter of fact, I had a career as an electrician followed by a career in photography.

I started writing about spirituality but then I realized that scientists seemed to be on the wrong path to the truth.

Like many other people, I started to question why light is massless and why gravity isn’t a force but only a curvature of space.

Could Einstein be wrong was the voice in my mind? When did logic go out the door and math become the new truth? Yes, of course, math is relevant but it has a few glitches that might be leading us to poor science.

For instance, why does math look for dark matter where it can’t be found? Why do scientists follow the equations of math like it’s some kind of religion?

Math is a great tool but it has a wall of infinity and zero values that don’t make sense. I keep wondering if the universe isn’t based on the power of 10 but maybe on the power of 3, such as the base 3 instead of 10?

I confess I have no expertise in Math but it gives me the license to think in terms of philosophy and imagination.

It was Einstein who agreed that imagination is the greatest power in the universe.

You might have heard some of his quotes such as “Logic will get you from A to B but Imagination will take you everywhere.”

Or this one,  “Imagination is more important than knowledge, knowledge is limited, Imagination encircles the world.”

When I read the list of unsolved problems in physics it gave me hope that maybe the ideas I have might actually help solve some of those problems.

Read answers on Quora and you will find inspiration to come up with a better answer.

Look at your spam mail and try to find out what people are looking for. What’s popular or the next best thing to buy.

Think of ways to solve problems that people have. When you are helping people you are empowered to imagine solutions.

Someone on my website requested that I write about the shape of the universe and that gave me an idea to think about writing a better answer than we see on Google.

If you want to get to a new level with knowledge, finances or happiness you must try meditating to grow your wings.

I really mean it. You need a new pair of wings if you want to fly higher. It’s not just a metaphor it’s also the shortcut to your evolution.

I started meditating with a group of people and then I was doing one hour each day or 2 half-hour meditations for about 3 years.

I admit I haven’t done it lately but it got me to the next level of enlightenment. I can’t give you all the secrets on a short blog but, know that you will feel much better after meditating.

You can actually get in touch with a source of higher wisdom where new ideas come from.

Do some kind of inner exploration. Meditate, dream and even daydream. Best of all put your pen to paper and start writing an answer to a question and see where it goes.

Search for books that explain the things that interest you. A good read always brings up interesting and helpful ideas.

I would appreciate getting your questions and I will email you back to thank you personally.

Instead of using the comment box you can email me at elovin@studioeurope.ca