A Story of the Miracle at Easter

A Story of the Miracle at Easter

The Miracle at Easter is such an unbelievable story or event that many think it isn’t possible. The church has many miracles that are part of a common theme concerning God and his magic. 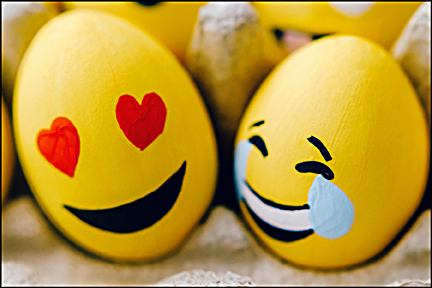 A miracle is an event that doesn’t have an explanation using the natural laws of science.

Miracles usually involve a spiritual action made by the hand of God.

On the other hand, magic can ultimately be explained by science, even if we might not know how it works.

If a miracle involves changing a physical object or body into a different form, is it possible to know if the event happened by magic or by a miracle?

Always use your discernment when you read the news. Events can fool us into believing it’s a miracle when it’s probably a clever way of using magic.

The Easter story is about the death of Jesus but allow me to paraphrase and add my insight. I borrowed some of my facts from the book “Mahatma The I Am Presence.”

What did Jesus say about miracles?

Do not believe me unless I do what my Father does. But if I do it, even though you do not believe me, believe the miracles. Know and understand that the Father is in me, and I in the Father, and you will do great things. “Truly, truly, I say to you, whoever believes in me will also do the works that I do, and greater works than these will he do because I am going to the Father.”

A Miracle or Clever Magic?

The beginning of this story starts in a spiritual realm where a group of Souls decided to give humans a gift of empowerment and hope.

The main character is the Christ, and he came up with a plan to teach the people on Earth the truth about life and death.

The main supporting actors in this play were the Souls, Jesus of Nazareth, Mother Mary, and  Joseph.

A behind-the-scenes look at the plan in action resembles a modern hospital giving artificial insemination for a mother-to-be.

Meanwhile, Joseph knew what was happening, and he played his role as the protector of the mother of Jesus.

When Jesus was born, he lived a seemingly ordinary life until he was twelve years old.

We don’t know about his early years of practicing how to meditate and channel Christ’s energy into his body.

Channelling is a way to bring the life force from one level to another level by using your spiritual energy.

Similarly, many people use art, music, and dance to channel their energy.

At the age of about 29, Jesus was baptized as Jesus Christ. But realize that they are two separate souls, the Christ and Jesus.

When he was around 30 years old, the consciousness of Christ took over the body of Jesus. This type of channelling is known as a walk-in.

The disciples were aware when Jesus was himself and when Christ was channelling his energy.

At the last supper, the plan was in full motion. The Christ was leading Jesus to his death with the full consent of Jesus.

Christ’s strength allowed Jesus to bear the pain of carrying his cross up the hillside to his fate. 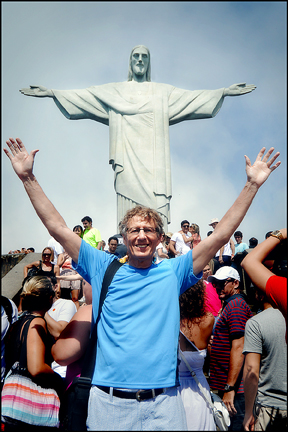 The Author in Rio de Janeiro

The crucifixion was part of the plan to gain people’s empathy and give drama to the story that life doesn’t end with your death. None of us get out alive, and none of us truly die.

On the cross, Christ told his supporters, “forgive them for they know not what they do.”

When the Roman soldier put his spear into Jesus, the Christ left his body, and Jesus shouted, “Father, why hast thou forsaken me?”

Jesus felt abandoned at the moment when the energy of  Christ left him.

The dead body of Jesus was wrapped and sealed into a cave or tomb. On the 3rd day, Christ opened the tomb and removed the body of Jesus.

When the people saw that the tomb was open and the body was gone, they prayed that God had taken him.

Soon after, they saw that Jesus was alive, and they saw him walking on water.

It was an easy task for Christ to assume the likeness of Jesus and perform the miracle of rising from the dead and walking into heaven.

Was it a miracle or a magic trick? You should decide for yourself. Remember to use your discernment and choose with your own wisdom.

Now that spring is here, and the grass and flowers come back to life, let it remind us of the miracle of life after death. 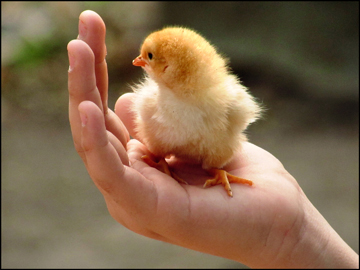 The Easter bunny and the eggs may all be fun, yet remember the main reason we celebrate this holiday.

Thank you for your time with me, and as always, be well.

Living By The Numbers

Freedom of Choice and the Amber Alerts

Free Will, The Engine of Evolution