What Is A Dimension Anyway?

What Is A Dimension Anyway? 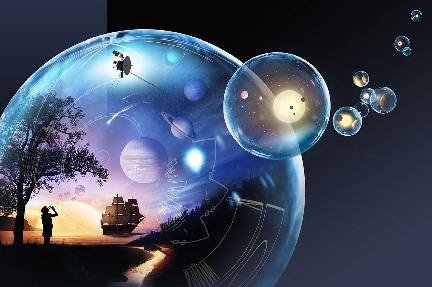 The Size Of Dimensions

But a dimension cannot have a size because a dimension is a measurement of size. I would suggest that the hidden dimensions have higher energy levels and thus cannot be seen; perhaps they are the dark energy.

But I think that the mathematics are interpreted in the wrong way. Furthermore, energy can exist in higher frequencies which is the only reasonable answer if other dimensions (energy levels) of space exist.

But the universe has many levels of energy, and often, people refer to them as dimensions. Energy is real, but descriptions are not.

Think about it this way; everything, including the universe, is made of particles of energy, and we can describe the energy. But the descriptions are like a map, and a map isn’t the territory.

However, energy exists on many different levels. Take water; for example, it can be ice as a solid, water as a liquid, vapor as a gas, a plasma, and a Boise-Einstein-condensate.

When it’s gas, it’s an invisible energy level to our eyes. So, you should think about energy levels but don’t describe things with more or less than three dimensions.

Remember to think of the territory and not the map.

Is Time A Dimension

Does time exist, and is it a dimension? Dimensions describe the size of physical things (height, width, and depth), and two more descriptions include where it is (space) and when (time)? These two things are known as Spacetime.

Now they need five dimensions to describe something? The three dimensions of size, the GPS coordinates (where), and the time it exists there.

Time can also be described in three dimensions, the past, present, and future. You and I and the things in the universe are more than 3 or 4 dimensional.

The more I think about it; the word dimension is used in many ways with different meanings.

The architect draws on his paper of two dimensions to describe a three-dimensional object, and he says that your house will be ready for the construction workers next year. You have a destination for the house on your property and a time when you want to live in it.

When man decided to go to the moon, they needed a new meaning for the destination. Spaceships and space travel made Einstein’s Spacetime a reality. Now they are planning to travel to Mars in the near future.

The word dimension has grown beyond its meaning for architecture. They need new words to describe new things, new destinations, and new dimensions.

One of the biggest things scientists are trying to understand is dark matter and dark energy. The word “dark” is a placeholder for something unknown about matter and energy.

That's all for today's blog post. I keep finding things that confuse scientists. There are so many things about gravity and time that aren't understood. I might not have the right answers, but I have suggestions and ideas. An idea is the first thing you need to start something. Think about that.

Thanks for reading my thoughts today. I hope you are well, take care until next time.