The Universe At The Start

The Universe At The Start 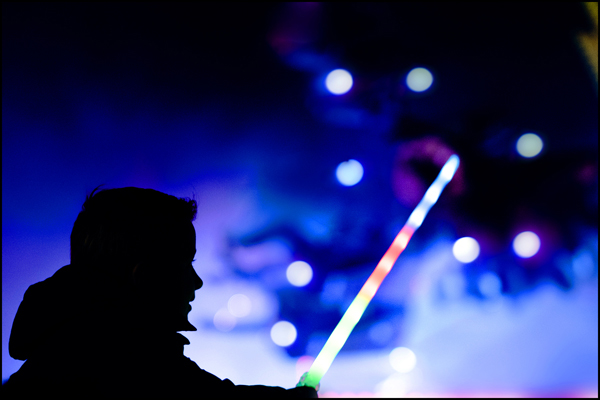 The Big Bang Theory is Incorrect

First, the theory implies that the photon radiation at the start of the universe was the same kind of radiation as in the present universe.

The theory cannot mention what happened before the Big bang.

It cannot know where the energy that made the universe came from, and the theory says that the Big bang came from the size of a pinhole.

The lack of logic is frustrating.

Scientists assume light is massless, so they must explain a mechanism that gives mass to elementary particles.

The mechanism became known as the Higgs Field mediated by the Higgs Boson.

They ignore where the energy of the universe came from because they have no data or imagination.

Then they make up theories about imaginary particles (Higgs) based on mathematics to fit into their model.

Another reason why the Big Bang theory is impossible is that the inflationary reaction is said to have occurred faster than; in a blink of an eye.

Nothing happens that fast at the scale of the universe.

Furthermore, the theory describes the universe as a homogeneous and single dimension.

Let’s not forget that all the intelligence of physics and chemistry is included with energy.

Consider that we are ants trying to understand where we came from and what we are doing here.

A logical explanation makes more sense. The universe began in a nonphysical realm to create a physical dimension.

The creator or creators had the power, intelligence, and energy that goes far beyond our reasoning.

At the start of the physical universe, high-frequency photon radiation was so powerful that it was massless and came from a realm that surrounds the universe.

You can think of the realm as infinity or give it a spiritual name.

But one thing we cannot do is ignore that it doesn’t exist.

All of the original photon energy went into creating the universe, and none of it’s left.

The lack of visible clues means we have no evidence, so they made stuff up into theories and stories that might have happened.

Let’s make a story that has more sense.

Don’t think of the Big bang as an explosion!

Instead, imagine the infinite energy from a source pushing a bubble of energy into a container.

Think of space and the energy inside a container that holds our small part of the source energy.

There must be a reason or purpose why a bubble of source energy went into a physical energy level to make the universe.

When I imagine an infinite realm making a small physical part of itself, it reminds me of a birthing process.

It makes sense that the universe was born for all souls to experience.

We are all related to each other within the oneness of the source.

At the LHC in CERN, they have converted photons directly into matter, proving that light radiation could have created matter during the Big bang event.

I impress upon you that energy can have many levels of existence.

The energy that created the Big bang event was an energy that doesn’t exist anymore. However, it could be the same energy we have in the universe.

My imagination sees spiritual workers cooking up an experiment.

The “cooks” are in the lab watching a pot boiling over as the fumes become more physical.

Consider that the pot has an infinite power supply while a bubble boils over the pot and changes into lower energy levels.

The infinite non-physical realm is our source of energy.

The entire process involved stepping down the infinite power of the source in small stages to make the universe.

Some of the power transformed into a low energy bubble, and it was pushed out like a baby at birth. 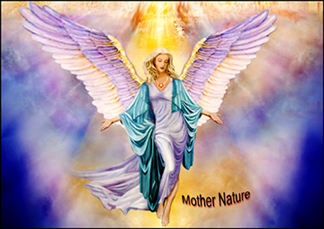 The feminine energy is also on Earth as Mother nature.

Imagine each step of the Big bang, keep the overall process, and consider the big picture of events.

One thing is certain, a mind creates things from energy, but energy cannot create a mind.

I'm not making up math to explain the Big bang event.

I’m giving us a mental image of events.

My story contains the physics of everything we know while making more sense than any current theory.

These ideas should provide scientists with a new way of thinking about energy and gravity.

High-frequency electromagnetic radiation entered the container of space at the start of the universe.

We need to understand that the energy came from another realm and entered into a container that became the universe.

The immense energy stepped down and changed into lower-energy electrons, which had the equivalence of mass.

Then the electrons stepped down into a plasma of quarks and gluons.

The energy had no rest mass because the temperature of the plasma was too high to change into matter.

The equivalence of mass is in energy. E=mc2.

When temperatures were in the millions of degrees, the plasma of quarks and gluons couldn’t bond into particles.

The mass of particles comes from the energy in the gluon-quark bond, which gives 90% of the mass to particles.

Energy is equivalent to mass, and mass is equal to gravity which means gravity is energy.

In the beginning, energy was a plasma having mass in the form of energy.

As the quark-gluon plasma cooled, hydrogen ions formed from two up quarks and one down quark to create the first matter of the universe.

The additive force of gravity explains how a simple hydrogen gas evolved into the universe.

When gravity attracted all the hydrogen atoms together, the force of gravity started a nuclear fission reaction that created stars.

The big picture shows us the beginning of the universe and how it started.

It’s up to us to find why we are here and what purpose the universe gives to the source of our creation.

If scientists can add a quantum theory of gravity to the Standard Model of Particle Physics, they will have the Theory of Everything.

Thank you for being here with, https://lovinthings.com/

Be well, and take care.