The Expansion of the Universe

The Expansion of the Universe

Astronomers say that the universe is expanding faster than the speed of light.

They measured the distance to galaxies and found that the farther away a galaxy is, the faster it's moving away from us. 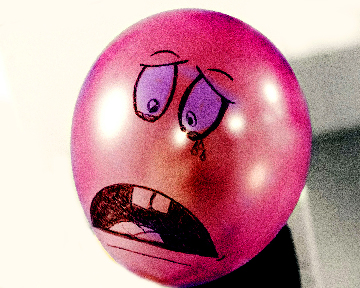 One way to imagine this motion is to think of a balloon covered with dots, and as the balloon expands, the dots move farther away from each other.

It looks like the universe expands, and the space between galaxies expands.

The Motion of Energy in the Universe

Faster than light speed is impossible because the universe began at the Big Bang event at the speed of light.

The universe is still moving at the same speed, and there’s no force to slow the motion (Newton’s law of motion).

Since the universe moves at the speed of light into whatever future space, nothing can move faster than the universe.

The future arrives at the speed of light, so faster than light speed can’t happen.

When an electron emits a photon, it travels at the speed of light into space. But if the electron could move faster, where would it go?

The space around each electron and photon is moving with the motion of the universe, which moves at the speed of light.

There’s nothing outside of this motion because the universe moves forward at the speed of light.

You can think of motion as time and the universe as moving at the speed of time.

The motion of the universe is in each particle, and it moves at the speed of light. Each atom or electron cannot move faster than the present moment of the universe.

The present motion moves to the 'future' at the speed of light. That's why things can’t move faster than light.

That means that the universe has an absolute speed limit of motion.

The moments that we have during the motion of the universe are what we call time. We spend our lives moving at the speed of light in our moments of time.

Does the Universe have absolute time and speed?

The fastest motion is light, and light has the fastest speed in the universe. Therefore, everything is moving at the speed of light in the present moment of the universe.

Everything we see is happening in the present moment, and only this moment exists.

You can't have a clock or a particle moving outside of this moment.

If a clock at one location has a different time than a clock at another location, they are still in the same moment of the universe.

Time has nothing to do with it. Time is what a clock shows when you look at it, and even that depends on the force of gravity.

The motion in the universe is happening at the same moment everywhere.

Time has nothing to do with motion, except that we use time to measure the speed of things.

Clocks measure the motion of Earth’s rotation and tick at the same speed as Earth.

The universe has an absolute age, and it's moving forward at the speed of light at the same moment everywhere.

Only the present moment exists for us, whether on Earth, traveling in a spaceship, or entering a black hole.

The time on clocks is misleading us. Only this moment exists.

The Big Bang event started moving at the speed of light into the container that we call the Universe.

All the energy, matter and radiation we see are moving with the motion that we call the arrow of time.

However, the motion of energy is the vehicle, and time is the measurement of the speed.

I suggest that everything, including the Earth, moves with the same motion from the Big Bang event.

It's difficult to explain in words, but Imagine a movie projector running at 24 frames per second. The action only happens during each frame.

All of the action happens in the present moment during each frame.

The movie of the universe runs forward within the frames of motion.

What are the most curious facts about time?

A curious fact about time is that not many understand time. People believe that time makes things happen, and that time has the power to change things.

People think that time makes the Earth spin on its axis.

They think traveling at almost the speed of light will make them younger, and they also think that time makes them older.

This kind of thinking is widespread.

Time doesn’t have the power to do anything.

Time is a number and a measurement of motion. If a clock moves into a strong gravity field, its time-keeping ability is compromised.

Time dilation gives a false reading on a clock, and “time” has no energy or power to change anything. It’s just a number.

Time is a measurement of motion.

The universe is full of motion, and we measure the motion with our timekeeping system based on the earth's motion.

Each day has 86,400 seconds, and clocks tick away at the rate of one second per second every day.

Time is our way of keeping track of our lives and meaningful moments.

Time lets us organize the past and prepare for the future. But the past is gone, the future never arrives, and the only time we have is the time that exists Now.

Time is an operating system of numbers on clocks that keep moving, but numbers aren’t real things.

Stars shine light into the universe, but light doesn’t move backward, nor do objects fall upward.

There is a power of entropy in the universe that moves forward.

This power provides the motion that moves the Earth's rotation, and it has nothing to do with time.

We invented time to measure this motion. Time is a measurement of motion.

Time is a measurement of how long you can survive all of the physical and emotional stress that happens to you.

Time doesn’t do anything to you; it was all those other events.

To understand time, understand the frequency and vibration of matter, then look at a clock.

Time is what a clock shows.

Thanks for being here at  https://lovinthings.com/

Take care. If you are new here, please join my newsletter.