Hindsight is always 20-20 vision, but during 2020 our vision was blurry, and our hindsight in 2021 isn’t much better. My memory of 2020 is fading and I’m hoping for better times. Seems to me that we are still struggling to find our new path and a new vision for a better future. 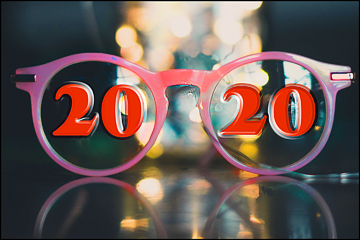 On this blog, I offer my vision of cosmology, the science of physics, and the human condition.

Wow, that’s a lot to cover on one website. It’s like an elephant in size but we can eat it one bite at a time.

Well actually, we are learning and studying one thing at a time to find out how life works on Earth and in the universe.

The Frequency of Energy 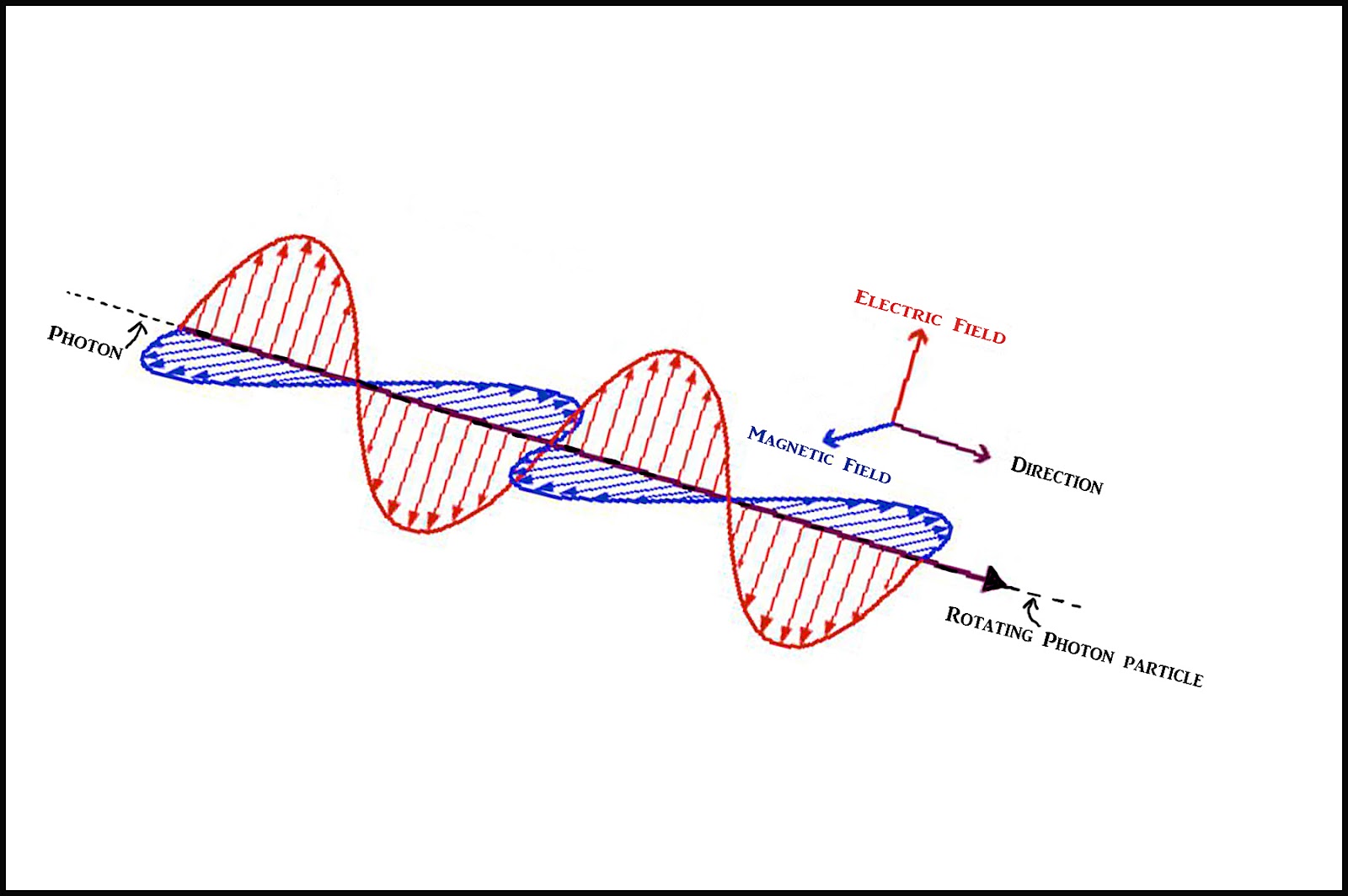 The frequency of light governs its energy.

Light is a good example of energy in motion. Light is made of photons that are electromagnetic and have a dual wave-particle nature.

The E/M spectrum consists of many different levels of energy. Light has the energy defined by its frequency.

But all forms of light have the same speed, while the level of energy depends only on its frequency.

Energy Levels in the Universe

I think the universe has many energy levels just like matter has many levels of energy.

Quarks and gluons bind together in different ways to make all the atoms and molecules in the universe.

Matter has a level of energy depending on how the quarks or protons and neutrons are arranged. Matter is further separated into solids, liquids, gases and plasma.

Does the universe have many energy levels?

When I started to study cosmology I was positive that the universe has many dimensions instead of one dimension that we call the 3rd dimension.

But now I have changed the way I am thinking about dimensions.

There are only 3-spatial dimensions of physical matter and the definition of dimensions conflicts with the idea that other dimensions are possible.

But when you separate energy into frequencies you realize that many levels of energy exist.

Therefore, I look at the universe as one dimension or realm that is made up of several levels of energy. My vision of the universe mirrors the energy levels of matter.

I think the lowest energy level is the 3rd dimension that was created during the Big Bang event.

But I think we have entered a new energy level of the universe and I feel that the frequency of matter has increased.

We have evidence of energy increasing in the universe. Nikola Tesla said to understand the universe think in terms of energy, frequency and vibration.

We have noticed that the universe is expanding but now we can see that it’s accelerating its expansion. I perceive that as proof that the energy is in motion.

The energy on Earth has also been increasing and we blame it on the use of fossil fuels.

That’s the logical and scientific explanation so how would we even think that the reason could be that the frequency of energy is increasing?

Could climate change be caused by the energy movement of the universe?

Maybe the sun has increased its energy levels and the Earth is responding to the energy in ways that we don’t know.

Climate change must have a source of energy that’s the cause of it and a greater frequency of energy from the sun could be the cause.

Have you noticed any other changes lately? What about the new virus pandemic?

Could a higher frequency of energy levels cause virus mutations?

We are seeing a new version of the Covid-19 virus that could be called Covid-20.

My 2020 vision is based on other events…

One month ago I suggested that the new energy that our planet is experiencing is evident in the unusual unrest in people and higher levels of stress.

I mentioned in the blog that even Donald Trump the president of the USA was making more of his stupid remarks than his normal amount. (but what’s normal for a crazy mind?)

Last week we witnessed just how crazy he is or how deeply his infection with the Covid-19 virus affected him. It was simply like out of a movie about aliens or the devil.

He still doesn’t admit to losing the election and is trying to create a civil war that resulted in one woman being shot and killed in the storming of Parlament on Jan-6th.

I think he should be arrested immediately and impeached before he does more damage.

He has the money and power to pay his supporters millions of dollars to assist in his crazy plans for Trump-power?

Evidence of New Energies in 2021

I want to open your eyes and give you a preview of a new vision for 2021.

What I’m showing you are real things that are already in production and the stocks are trading millions of shares each day.

The world knows about the pandemic virus but do people realize how fast vaccines were created for it?

It’s fantastic that several vaccines were produced in months instead of several years. The stocks on these companies made investors tons of money.

Several biogenetic companies are working on curing many illnesses including this one that I’m investing in called Editas, stock symbol EDIT. It went up 300% in 2 months.

There are rumours that a company is making one pill that will cure all 6,000 diseases in the world.

Another company is working on molecule 520 that will cure all dependence on drug-related use even alcoholism. Check out stock MMED in Canada.

Have you heard about Elon Musk and his Tesla electric vehicles? Would you buy a Tesla?

The entire world is going to be passengers of electric cars and China is leading the way. Even Apple is coming out with an electric car using AI.

The Vision of New Energy 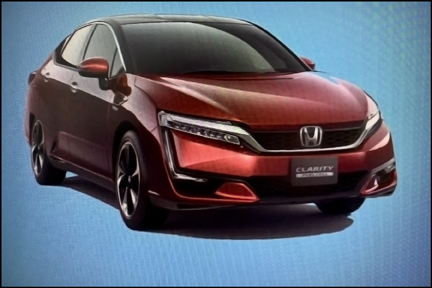 Hybrid cars have been around for 10 years or more but soon they will be all-electric.

A new vision means that soon all the pollution in the world will be eliminated and the air will be clean and rid of the old frequencies of carbon-based fuel.

Hydrogen fuel cells are already being used in China in eclectic transports and some cars in California are using hydrogen as a fuel. Check out this stock FCEL or PLUG on Nasdaq.

In a couple of more years, regular gas-powered cars won’t be made, in 10 or more years you won’t find any gas stations.

But that’s still the tip of the new energy. Vehicles will be self-driven with AI robotics. This will almost eliminate all traffic accidents and save thousands of lives each year.

My favourite news involves 5G wireless systems but don’t invest in companies building 5G towers to deliver 5G. Instead, invest in Apple, iPhone 12 has 5G built into it.

The world is going to be 5G wireless everywhere without any dead spots and it’s going to cost less than $10 per month but maybe only if you have an iPhone. Why do I say that?

Apple corporation is the largest and richest company in the world and they have a secret plan to branch into being a service provider of 5G wireless, called AppleFi.

They will make cars that run and navigate by 5G using Artificial Intelligence, no need for a driver’s license or car insurance! How is this possible?

I hear that Apple with the expertise of Tesla will put 3,000 satellites orbiting the earth and thus change the energy on our planet into a superpower in the universe. The future is here now…

As the English say “Keep Calm”. Try to avoid being as crazy as Trump.

If you have money to invest open a tax-free-savings-account and look at the many ways you can gain up to 1,000% on your money.

Thanks for your time and visit my website, https://lovinthings.com

I would be happy to reply to any questions or suggestions, eriklovin@gmail.com

I have a book coming out soon on the Light Energy of Photons. I will give all my subscribers a free copy of the eBook so subscribe now.

Take care, and be safe, don’t be crazy okay, until next week, Cheers.